Space is full of radio waves, and those waves, just like the ones bouncing through the Earth’s atmosphere, can be converted into audible sounds.

These are the sounds encountered by NASA’s Cassini spacecraft as it dove through the gap between Saturn and its innermost ring on April 26, the first of 22 such encounters before it will plunge into Saturn’s atmosphere in September. What Cassini did not detect were many of the collisions of dust particles hitting the spacecraft as it passed through the plane of the rings. «You can hear a couple of clicks,” said William S. Kurth, a research scientist at the University of Iowa who is the principal investigator for Cassini’s radio and plasma science instrument.

The few dust hits that were recorded sounded like the small pops caused by dust on a LP record, he said. What he had expected was something more like the din of “driving through Iowa in a hailstorm,” Dr. Kurth said.

Since Cassini had not passed through this region before, scientists and engineers did not know for certain what it would encounter. Cassini would be traveling at more than 70,000 miles per houras it passed within 2,000 miles of the cloud tops, and a chance hit with a sand grain could be trouble.

The analysis indicated that the chances of such a collision were slim, but still risky enough that mission managers did not send Cassini here until the mission’s final months. As a better-safe-than-sorry precaution, the spacecraft was pointed with its big radio dish facing forward, like a shield.

The few clicking sounds were generated by dust the size of cigarette smoke particles about a micron, or one-25,000th of an inch, in diameter. To be clear: Cassini did not actually hear any sounds. It is, after all, flying through space where there is no air and thus no vibrating air molecules to convey sound waves. But space is full of radio waves, recorded by Dr. Kurth’s instrument, and those waves, just like the ones bouncing through the Earth’s atmosphere to broadcast the songs of Bruno Mars, Beyoncé and Taylor Swift, can be converted into audible sounds.

Dr. Kurth said the background patter was likely oscillations of charged particles in the upper part of Saturn’s ionosphere where atoms are broken apart by solar and cosmic radiation. The louder tones were almost certainly «whistler mode emissions” when the charged particles oscillate in unison. 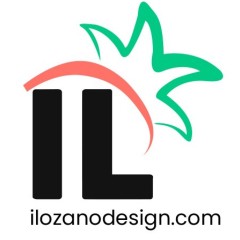 Space is full of radio waves, and those waves, just like the ones bouncing through the Earth's atmosphere, can be converted into audible sounds.

Swimming hundreds of feet beneath the ocean’s surface in many parts of the world are prolific architects called giant larvaceans. These zooplankton are not particularly giant themselves (they resemble tadpoles and are about the size of a pinkie finger), but…
END_OF_DOCUMENT_TOKEN_TO_BE_REPLACED

You can see outdented video example in this post. You can actually outdent any content: text, images, galleries, audio, video, shortcodes.
END_OF_DOCUMENT_TOKEN_TO_BE_REPLACED